When I was a little girl, I used to love helping my Grandma with her garden and flowers.

I did a lot of weeding, and prepping the soil for planting with her.  It’s probably why I love to garden so very much to this day.

I remember so clearly, as if it  were just yesterday, sitting out in the sunshine-y dirt in my grandparent’s yard and pulling out weeds and small rocks.

Of course, since I was a little girl and easily distracted I would often take a break from the weeds and rocks to play with the potato bugs that I would find hidden just underneath the surface and especially in holes left behind by those rocks. 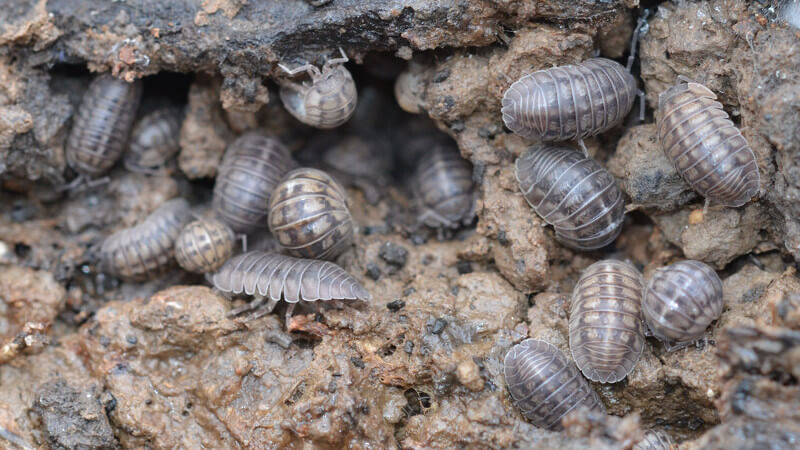 There were never quite as many as in the picture above, but they were always around.

I liked to poke them, which made them roll into a ball.  Then I would flick them across the yard.

So there’s a brief glimpse into my psyche for you.   😉

The other day, as I was digging out my own garden, the memory of flicking potato bugs popped up into my conscious mind, and as I continued to dig up dandelions and pull out rocks I realized that it has been years since I have seen a potato bug.

I wondered what happened to them all, and began to ponder lofty ideas about where all of the potato bugs went.  I thought about global warming, soil health, garden predators and the types of plants and soils that I use that might be different from my grandma’s garden.

As I pried yet another big rock out of our fine Spanaway soil, three potato bugs crawled out of the hole and they seemed to stare right at me, standing completely still.

I touched them one at a time gently prodding them into ball formation, and as I flicked them across the yard I said out loud to just one person in particular.

You will never convince me that loved ones who have passed on don’t visit.

4 Replies to “Potato Bugs and Me (Quickie)”