I so love digging in the dirt.  I love the entire process of putting a tiny weird looking seed into nasty wet dirt and hovering over it, spritzing it daily, rejoicing as if the Good Lord has Risen when it finally pops its tiny green head out of the dark soil.

I love to sit on the ground in the garden, and dig down six inches into the hard, muddy soil in the barely Springtime.  I love to sift out the roots of last year’s bounty and rid the garden of this year’s migrating rocks (I don’t know how they do it).  I inherently love it, I am so present during those hours, at one with the earth; it may very well be my witchy time (if you will).

But I also love it because it reminds me of digging up my Mafia Grandma’s garden with her.  It’s the same reason I love pulling weeds, potato bugs and growing peas.  I still hate Rutabega though Plain Grandma.  I’m sorry.

I grow snapdragons because my Leprechaun Grandma always had Snapdragons growing in the flowerbeds on the side of her house.  OK, Grandma and Grandpa’s house, but somehow, it was hers in my memory.  My sisters and brother and I, we weren’t supposed to pick the Snapdragons, and squeeze them into talking in funny voices, but we did.  We did not abuse the plants, we dared not pick but one of them each, but one each is what we picked every single time we were there.  We never got in trouble for it.  I love how they look, I love how they smell, I love that you can make them talk. 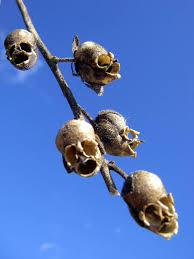 I grow Pumpkins because I am a giant freak that wants to win a blue ribbon at the Fair.  I really, so super really do.  I will never sell my winning Pumpkin seeds the following year at the Fair (they usually do), I would not even consider it.  What I am considering, is germinating some gigantic pumpkin seeds in my new greenhouse.   I want to grow the most gigantic pumpkin.  I may very well grow the pumpkin “plant” inside the greenhouse, but let the arms go out the door, or window.  The pumpkin herself, touching the ground.  That will probably work.  😉

YAY!  Greenhouse.  Did you see my Greenhouse?  IT’S SO AWESOME!!!!!  One day it will be replaced by one made of glass and stainless steel, that is 1/2 acre long, and is one of three.  But for now, this is my greenhouse, and I love it the most.

In my greenhouse I’m going to grow a Pineapple.  Did you know that if you cut the top off of a pineapple, then soak it for a while in water, plant it in dirt, in just three years you could have a brand new pineapple?  Well, not so long if you live in Hawaii.  In fact my source said three to four years if you grow your cut-off top in a sunny window inside your house.

Well, I’ve been growing a Pineapple top in my sunny window for two years now.  It’s going to be three this summer.  I’m taking that bad boy straight to the greenhouse.  I might even share some of my Pineapple with you.  Secretly, super secretly, I hope that my pineapple is a tiny midget and I can harvest it as a scepter.  But I wouldn’t be disappointed (much) if it got big and we ate it.

Watermelon.  I know, I know, who can grow watermelon in Washington?  Me that’s who.  They sell watermelon seedlings at Wal-Mart here.  I bet it can grow in the greenhouse.  I’m going to put them in jars and boxes though.  Did you know that you can shape watermelon when they’re growing?  Pumpkins too.  Just put the baby “fruit” in a container that will restrain them and they will grow to the shape you want.  Disney has that idea down. 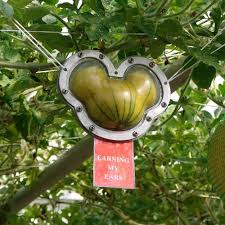 So many flowers want to grow in the greenhouse.  I’m going to grow a whole bunch of them and then have a sale before Mother’s Day.  Make your plans ladies, it will be a weekend sale, closest to May 1st.

Thanks for indulging my love of plants over the course of this post.  As usual, I think that the moral is obvious.  Go Outside!  Dig in the Dirt!  Grow Food, Grow Flowers.  Be with nature.  I promise you that outside will not disappoint.

Maybe you are a guy, who subscribes to my blog and yet does not relate to the post.  Hey Man, grow some Jalapenos, or some Hops to make beer.  Grow some tomatoes or berries. 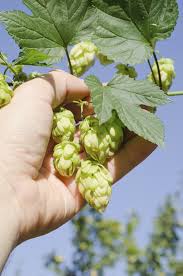 People are meant to commune with the earth.  Just because we’ve evolved to live indoors doesn’t mean that we shouldn’t respect and nurture nature.

Plants make the air that we breathe.

I apologize for lying in the title.  It was all about plants…  It wasn’t boring though.