Our friend Dale ended his journey on earth last night.  He was known as O.G. to people who knew him, to the people that rode with him.

He was literally the Original Gerbil.  Our little fun riding group, the Gerbils, was born in his heart and mind about six years ago now.

I will never forget him walking around the OakTree with his little tiny notebook, creating the “Gerbil Code”, scrawled by hand in a 3 x 4 wire bound scratch pad, the same kind we all wrote down our homework assignments in during grade school.

This story about Dale is a personal one.

Sturgis 2013.  My Rooster and I were at the Knuckle Saloon with Mark, Patty Meercat, Dale and my Rooster’s Dad Gary (Chickenhawk).  We had spent much of the afternoon there watching the fights.

It used to be that the Knuckle would host amateur fighting during the Sturgis Rally.  If you wanted to fight you just had to sign up, then the “hosts” would match you with someone of a similar weight (and gender) and give you a time to show up and all out brawl in a real boxing ring.

During each fight, depending on how good it was, people would throw wadded up money (bills only), into the ring and the winner would take all.  It was super fun to watch.  I imagine that they had to stop it because of liability.

We had been drinking cocktails much of the day, and Meercat and I were up on the steps, leaning over the railing chatting and watching the melee.  There was a drunk guy passed out on the steps below us, who security was trying to move along.

As I headed down the steps, backwards no less, still laughing and talking with Meercat, the drunk guy shifted, and I tripped over his legs.  I was flying backwards, right toward Dale.

On the right of Dale was an old icebox, complete with rusty sharp corners all over the place, repurposed into a garbage can house.  That box would’ve impaled me right in the spine if it weren’t for Dale.

Good thing he put that money in that nice lady’s underwear before the incident.

He dropped his beer and caught me by the cheeks……

The butt cheeks, one in each hand and gently pushed me back up to standing.

As I thanked him profusely, I also asked if he was ok.  He had a notoriously bad back.  The kind of bad back that shouldn’t be trying to catch the likes of me.

His only response was “Sweetheart, I will always protect your ass!”.  Followed immediately by his huge grin.

A couple of years later he saved me from a vicious peanut machine attack on my rear end.  Lol, that time I think may have actually been a gratuitous grab.  🙂

He never missed a chance to tell me that he would always protect my ass, sometimes so often that it could be irritating.

Don’t get me wrong, Dale was no dirty old man, well not one to be feared anyway.  I will miss him and so will many others.

I wonder who will have their eyes peeled for my butt now that Dale is gone.

I will miss that he always showed up to our house with an 18 pack of Rainier cans.

I will miss our impromptu talks in the parking lot at the Tree.  I will miss his smile and his wit and how sometimes he would be so cranky.  I will miss that he always brought up the rear of the group when we went on rides.

We never really rode next to him because we are always at the front of the pack.

I will miss how the backseat fly girls would fight over who got to ride with Dale on any given day.

I will miss his fishing stories. 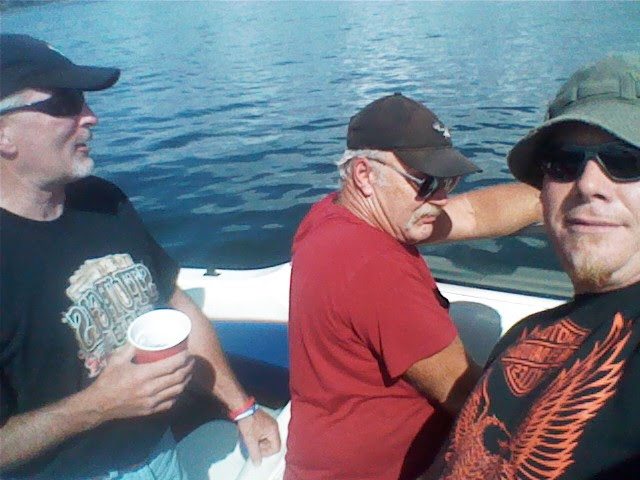 I will miss that 95% of the time that I have ever walked into the OakTree Dale was the first to greet me, from his corner spot at the bar.

I will miss that he never wanted his picture taken, and it amuses me to no end that today I have seen hundreds of pictures of Dale.

Rest in Peace my friend, there is no one like you.